Skip to main content
To provide you with the best experience, Américas Granada Hotel uses its own and third-party cookies on its website for technical, analytical and marketing purposes. By continuing to browse our site, you're agreeing to our use of cookies. Please consult our Cookie Notice for more information.

Discover the leisure options in Lapa and surroundings

Lapa is the cradle of bohemia and Carioca culture. The most popular spot in Rio de Janeiro lies in the central part of the city, between the modern financial district and the historical Santa Teresa neighborhood. It has already been home to several Brazilian artists, stands out in the Brazilian cultural scene for its artistic manifestations and is the meeting point of the Cariocas mainly at the weekends.

Characterized by iconic works that are part of the landscape of Rio de Janeiro as the Arches of Lapa and the Cathedral of São Sebastião, besides a house that helps us to understand how was the city in the periods of colonial and imperial Brazil. 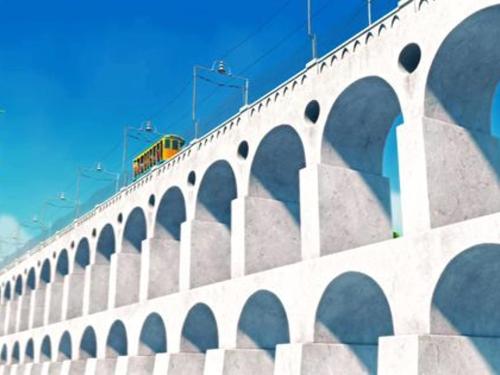 The original name is Arquiduto Carioca, but the most famous work of colonial Rio de Janeiro is known as Arcos da Lapa. A work in neoclassical style built in 1723 to bring water from the Rio Carioca in Morro do Desterro, an area where today is the neighboring neighborhood of Santa Teresa, to Morro de Santo Antônio in order to solve the problems of lack of water in the city.

Nowadays, the top of the archeduct serves as a route for the well-known Santa Teresa cable cars, which leave from Largo da Carioca and depart to the charming district of the same name of the transport, promoting a picturesque tour in the Center of a beautiful view that reaches the South Zone of the city. 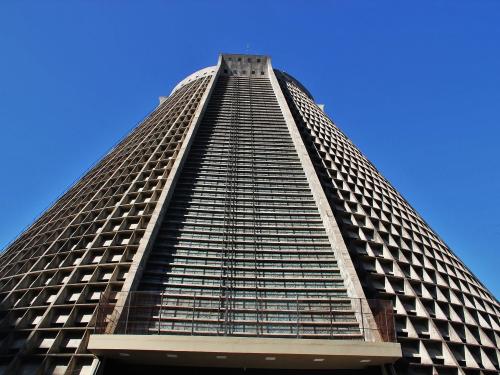 The Metropolitan Cathedral of Rio de Janeiro, dedicated to Saint Sebastian, the patron saint of the city, is also a striking symbol in the neighborhood. Its conical shape is bold differs from the traditional Catholic temples scattered throughout the city.

It became the cathedral of the city from 1979, replacing the old cathedral, the Church of Our Lady of Carmo. It has beautiful stained glass windows on its walls and the cross-shaped ceiling, as well as the Sacred Art Museum in its basement. 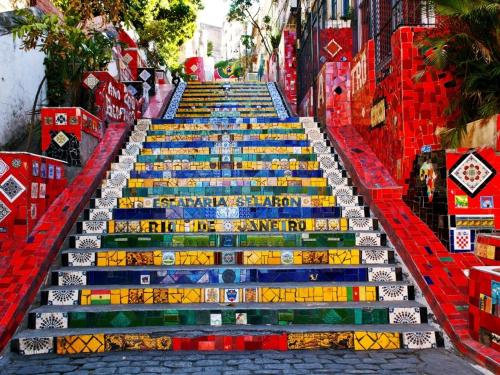 Staircase adorned by various tiles that connects Lapa to the Convent and Church of Santa Teresa. Built by the Chilean artist Jorge Selarón who lived in Rio de Janeiro for many years and since 1994 decided to tile the 215 steps of the ladder, working alone and without extra money, only with the sale of pictures and donations of the residents of the neighborhood.

Today, completed and deposited by the city hall, the staircase receives tourists from all over the world for its originality and beauty, rendering many photos and being another point of visitation in the neighborhood. 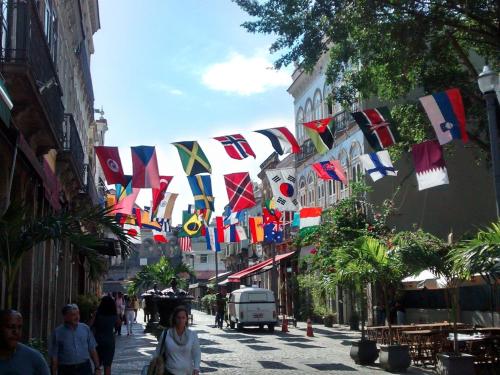 One of the oldest streets in Rio de Janeiro, it has some antique shops and funky bars on the ground floors of its historic buildings, with some tables and chairs on its sidewalks. This democratic space is two blocks from the Americas Granada.

It also has the first Saturday of the month, the Lavradio Fair, which combines crafts, antiques, gastronomy and musical attractions in a very cult atmosphere. 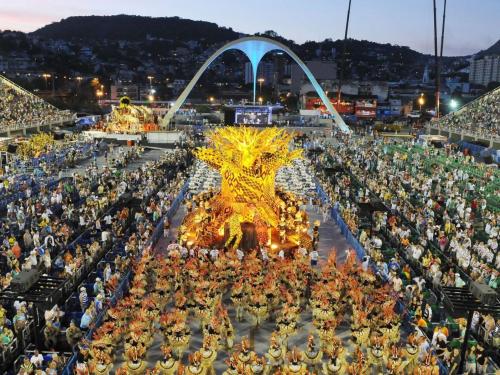 The most important space of the carioca carnival, Rua Marquês de Sapucaí, is better known as Sambódromo. Surrounded by grandstands and cabins divided into sectors, there are 650 meters of footbridge where the great samba schools of the carnival of Rio de Janeiro parade. Designed by the Brazilian architect Oscar Niemeyer, the Sambódromo carioca is one of the symbols of the Brazilian carnival and is only 2 Km from the Americas Granada Hotel. 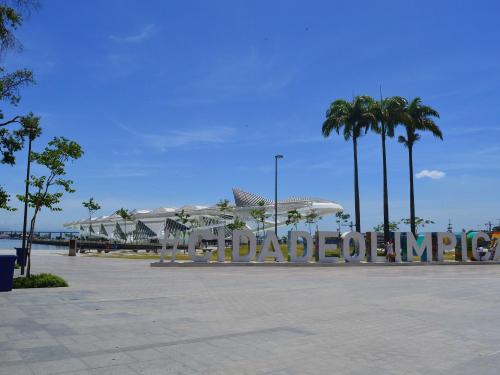 The new point of the Center of Rio de Janeiro has already become a preference for the Cariocas and tourists who visit this region of the Marvelous City and is only 2 Km from the Americas Granada.

The fully revitalized area comprises a huge boardwalk that starts next to the Pier of the Port of Rio and goes to Plaza XV, passing by the Plaza Mauá bordering the Bay of Guanabara and buildings celebrated as the excellent Museum of Art of Rio and celebrated and modern Tomorrow's Museum, as well as a stage for presentations and various food trucks.